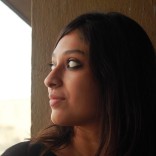 Jia Zhangke’s 24 City is a modern elegy. Chronicling the life and times of generations of workers in the Chengdu district of Sichuan China through the gradual replacement of factory 420 by luxury apartment buildings, 24 Citytells the tale of an irreparable loss. The film lies in the grey area between a documentary and fiction. In parts observing facts about the past of the factory, in parts showing interview footages of workers, supervisors etc. of the factory. Twist in tale, these scenes were mostly staged ones, enacted by actors.

Zhangke, a prominent figure among 6th generation Chinese filmmakers, brings forth nostalgia of the past and the stark impersonality of the present, while recounting the changing landscape as a mark of the changing times in China. Zhangke carefully stresses on the public enterprise, that is this factory. He portrays the workers as a mass, as opposed to showing them as individuals. In doing so, what Zhangke achieves is making the working class people into a consolidated, imagined community.

Throughout, we’re shown how the workers were involved with the factory; how it was an intimate part of their very being. And how this community belonged to a shared past, as opposed to a social history. Now that the factory does not remain, all that does is a memory born out of nostalgia in the hearts of the workers.

As Zhangke claims in a 2009 interview, he sought to express through his films what had been experienced, what had been felt. Therefore, 24 City explores a very poignant relationship between the factory and its workers, often recalling anecdotes from the past.

The emptiness that can be seen at 4:30 is symbolic of this absence that now plagues the lives of the workers.

The factory being demolished isn’t just to make way for apartments (hello urbanisation). A part of the workers’ history and memory is also lost along with it. Desolation is coupled with a kind of music that induces an overall feeling of abandonment and sadness.

Starting roughly at 6:00, the smoke that engulfs the screen and the diegetic space of the factory is symbolic of memory, probably a delusional memory that snakes itself through the empty, deserted rooms of the factory, looking for something that has been lost.

This, in fact, is a very lyrical depiction of the forgetful nature of memory. Memory can be only as long as remembrance is. In my opinion, this is evocative of the ‘yellow fog’ in T. S Eliot’s Lovesong of J. Alfred Prufrock.A similar existential crisis is about to fall these generations of factory workers for whom the factory was an identity.

It is interesting to note that whenever Zhangke conducts interviews, the interviewee is almost always alone, in a secluded place, talking to a person off screen. Their sighs, the joy on their faces upon recollecting a particular memory constructing this sense of belonging.

At 32:44, we hear how the factory provided for its workers even during the natural disasters of the 1960s. When people outside had nothing to eat, the factory, like a protector and messiah provided the workers with a ration of meat.

The factory in Zhangke’s 24 City thus becomes a character through its invisible presence. Zhangke’s camera meditates on empty bed rooms, deserted factory interiors, and desolate corridors. It’s almost as if the camera becomes the eye hungrily looking at the remains of that which has not remained.

His film is a study in stasis and movement. At times staring at the same frame from a distance. At times panning over the entire space. It’s this subtle juxtaposition of stasis and movement which mirrors a working community caught in the lull of the factory’s demolition. A factory that was the roof over their heads, their bread and butter and also, their protector.

The constructed interview in the end stresses on the faulty nature of memory. Memory is, after all not factual, but a subjective interpretation of incidents we make in our heads. If 24 City is a meditation on a past standing on nostalgia and memory, why can the director not insert a slip of memory out of the poetic license he has as the director?

The sun literally sets over Chengdu. Chengdu is no more what it used to be. A part in time is now gone while Zhangke’s camera-eye glides over the skyline of the new city. The city it has now become.