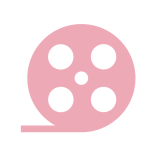 (Updated: September 21, 2020) From Maheshinte Prathikaaram to Angamaly Diaries, here are some of the best Malayalam movies on Amazon Prime, Netflix, Hotstar worth your time.

A cyber love story takes a mysterious turn when the girl goes missing. Director Mahesh Narayanan’s romance thriller is fast paced, gripping storytelling that keeps you on the edge. Wonderfully supported by solid performances from Fahadh Faasil, Roshan Mathew and Darshana Rajendran, C U Soon never lets you off the hook until the final payoff.

Trance is a terrific goddamn trip! Watch it the first time for Fahaad Faasil’s performance, a second time to make sense of its gloriously twisted second half and the third time to applaud writer Vincent Vadakkan & director Anwar Rasheed for the clarity of vision.

For those who don’t have the time to see it again, here’s a clue to unlocking the many interpretations of Trance. Id, ego & super-ego. You are welcome.

I’ll be revisiting this again. The kind of film I would have loved to review & dissect. A lot of themes, interpretations, layers, motifs and so much to appreciate in every department. The coding extends from sound design and score to the hypnotic visuals and production design!

Jallikattu is a beautiful visual poem about the ugly side of humanity. Hypnotic and haunting from the first frame, a chase film bursting with kinetic energy, it seamlessly changes gear from real and gory to surreal allegory by the end. Lijo Jose Pellissery is a true blue master auteur! (By Sudhish Kamath)

Dileesh Pothan’s film opens in a bewitching location in Kerela. Idukki. The locale was a big draw for me to watch this family entertainer. So, ‘visually appealing’ might seem like a vanilla description. Maheshinte Prathikaram (aka The Revenge of Mahesh) is a bit unconventional revenge film with an unexpected dose of sweet humor. Fahadh Faasil elegantly plays Mahesh Bhavana, a photographer, who owns a small studio in the town. He is a naïve individual with no great talent. Couple of events alter Mahesh’s life. How he overcomes his life’s predicaments is the core of the narrative. Aparna Balamurali and Anusree give scintillating performances.

KL Antony and Soubin Shahir (fascinating comic timing) deserve a special mention. Pothan does a good job as a debut director in one of the best films of 2016. He nicely guides the narrative through comedy, romance and drama. The second half is remarkable and well balanced. Maheshinte Prathikaaram is not a perfect film but a decent entertainer, nevertheless.

Among the best Malayalam movies on Amazon Prime from 2019, Kumbalangi Nights is a pure, simple story of love and life. A slice-of-life drama that focuses on a variety of elements — friendship, society, stereotypes, true love, etc. It’s a delightful, organic experience. The sibling dynamic is remarkable as well. The story takes its time but never feels stretched out. The characters are real. There is a great balance between character and plot. The first half and the second half compliment each other as one is focused on character development while the other focuses on the plot. Striking a perfect balance is anything but easy. But the filmmakers make it look so effortless it’s almost unbelievable. This beautiful small-town film is a definite masterpiece about unbreakable bonds and relationships. It displays amazing humour rooted deeply in reality and provides an understanding of the enigma of life.

This Malayalam movie is among the best gangster films ever. It’s rooted, real, organic and feels unscripted, unrehearsed. It’s visceral and explodes with detail. I loved every bit of this film, especially the end. Shoutout to CBFC in Kerala who cleared the film. I doubt this would have been cleared by Nihalani given how religion, meat and crime co-exist. [Related: 9 Indian Directors We Want To See More Of]

Kammatipaadam’s first few minutes are sublime. Even though the events that unfold in these moments are mundane, it has a good visual design (especially the ‘Para Para’ song). Still, the 3-hour crime/drama didn’t feel like the ‘complex, trendsetting’ Malayalam cinema. Rajeev Ravi’s film tracks the history of violence in and around Ernakulam, a city whose lush green fields are slowly replaced with high-rise buildings. This bloody history is told through the perspective of youngsters Krishnan and his childhood friend Ganga. Kammatipaadam is well made with a brilliant performance from Vinayakan (as Ganga). But, the film doesn’t have many invigorating moments.

Aashiq Abu’s Virus is based on the Nipah virus outbreak in Kerela. The medical thriller is an extremely humanising and moving portrayal of a crisis which shook an entire state. The docudrama revolves around the life stories of those who suffered and those who stood up to the unrelenting virus that didn’t have a cure. The helplessness, the hopelessness, and the struggles are portrayed and visualised with such sincerity and finesse it’s impossible to isolate the film as a fictional piece.

One of the best Malayalam movies online, Ustad Hotel makes for a perfect family watch. Following the trials and tribulations of a young, aspiring Faizi, this film narrates his entrapment story beautifully. Standing in the way of his dreams is his father who won’t let him pursue a job as a chef overseas. Forced to stay in India against his wishes, the man succumbs to his family restaurant business. Writer Anjali Menon breathes life into the film and her characters. Starring Dulquer Salmaan, Thilakan and Nithya Menen in lead roles, the film is brilliantly sensitive in its portrayal and evolution of its characters and their inter-personal dynamics. Ustad Hotel went on to win three National Awards.

From its visual appeal to riveting storytelling, period drama Iyobinte Pusthakam is a winner all the way. Grandly mounted, the film succeeds under the able direction and camerawork from class director Amal Neerad. Besides, the film boasts brilliant performances from an ensemble cast featuring Fahadh Faasil, Jayasurya, Padmapriya Janakiraman, Jinu Joseph, Chemban Vinod Jose and Vinayakan.

Join us on Instagram for a new movie recommendation everyday.