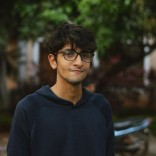 A filmmaking genius, Christopher Nolan is the greatest showman in supreme command of his craft. Nolan is infamously known for his complex puzzle-like dramas. Though a maker of escapist entertainments, he greatly respects viewers’ intelligence. He debuted with Following (1998), a terse indie drama. And followed it up with the highly acclaimed Memento (2000), an adaptation of his younger brother Jonathan Nolan’s short story. Memento also marks the first of the six screenwriting collaborations between Jonathan and Christopher.

Nolan’s unprecedented rise started with the Batman films. The filmmaker’s unique interpretation of not just the Batman character, but the super-hero universe had a huge influence on Hollywood blockbusters. A staunch proponent of the theatrical experience, Nolan’s vision and ambition proliferated with the mind-bending Inception and Interstellar. He deftly infused grand scientific theories, but in an elegant manner that was within the grasp of any filmgoer. He is fascinated with building world within worlds and often focuses on a protagonist who goes to great length for love and duty.

Here’s our ranking of all Christopher Nolan movies from the most underwhelming to the best:

Throughout Nolan’s career, you can see that with every movie, he grows in reputation, prominence and quality. Insomnia was Nolan’s first studio film after the indie classic Memento. To be fair, Insomnia could be described as one of Nolan’s more forgettable ventures. The remake of a Norwegian thriller, Nolan takes the original script and manages to ‘Nolan-ize’ it.

The movie was a visually engaging, compelling thriller that seemed too dramatized for its own good. But the movie proved that he could handle ensemble cast, with Insomnia starring screen legends like Al Pacino and Robin Williams, along with Hilary Swank. Whilst Williams gave a chilling performance which enhanced his underrated dramatic talents, the movie was mostly an above average crime thriller.

Nolan is one of the few filmmakers working in contemporary Hollywood, whose name alone can bring audience to the theatres. There was great anticipation with Tenet and despite being released during the pandemic, the audience flocked to the theatres. It was the first big-budget Hollywood feature to opt for a theatrical release after the pandemic. Nolan really wanted his mind-bending, time inversion thriller to be watched on a big-screen. Yet for all its hype, Nolan’s knotty, high-concept narrative didn’t offer an engrossing movie experience.

Similar to Inception and Interstellar, Tenet with its reverse entropy has an intimidating and dense theoretical core. Yet somehow Tenet remains impenetrable unlike Nolan’s previous features as the baffling mechanisms here only induce head-ache. Nolan’s films often lack a deep emotional core. With Tenet, the lack of emotional core is so glaring. Apart from few energetic set pieces, the film largely fails to thrill us.

Nolan’s first and ‘worst’ film. No, it isn’t bad. Die-hard Nolan fans will view this as a cult classic, with Nolan’s signature elements that we know so well being brought into the limelight for the first time. Following was a micro-budget, black and white movie about a young, struggling, unemployed writer who follows strangers around the streets of London in an attempt to find some inspiration for his first novel.

The movie was given little to no recognition, until the smash hit Memento, after which Following was subsequently re-evaluated. It is not mediocre by any standard, it’s a brilliant experimental neo-noir crime drama.

The Dark Knight trilogy will forever remain Nolan’s greatest achievement in cinema. However, The Dark Knight Rises didn’t seem to match the quality of the first two films. Granted, the film ended on a strong note, with many of the comic book elements re-invented to fit Nolan’s more realistic view, but the movie was not without its flaws.

When people left the theaters after watching this movie, they seemed underwhelmed. That baffled me. I thought Dunkirk was one of Nolan’s finest movies. The movie was gorgeously made, with the shots so immersive: dive-bombing planes, British soldiers amassed in endless rows on the beaches of France, men scrambling out of boats like rats as they try not to drown, a civilian in a wooden yacht heading into the fray to save a handful of his countrymen, a fighter pilot shooting Luftwaffe bombers out of the sky. The film ran on pure emotion. It didn’t require guns and destruction. Without all the usual elements of a war film, Nolan masterfully gave us the emotion of how it felt to be in a war, to be at the frontlines with enemies waiting to riddle bullets in you.

With the soundtrack, the gorgeous imagery caused by the beautiful 70mm film, Nolan gave us one of the greatest war films without the endless bloodshed and mayhem. In hindsight, it was an Englishman’s perspective of one of the great escapes in World War II.

Don’t get me wrong. I loved Interstellar. It’s a true testament to Nolan’s storytelling abilities. However, it is also somewhat of a head-scratcher. I guess Christopher Nolan wanted to make some kind of statement that appeals to the romantics; that love would save us all.

Nolan’s attempt to make a modern version of Kubrick’s 2001: A Space Odyssey fell short by some margin, but the visual effects and his use of Einsteinian Physics showed us Nolan’s true storytelling extent and his ability to think way, way outside the box in order to give the audience something truly different and truly spectacular. But the film’s inability to meet the astronomical expectations for a film of this scale makes this one of his greatest missteps.

The idea of introducing the character of Batman to mainstream cinema was effectively killed off by the gut-wrenchingly bad Batman and Robin. Seriously, it was horrible. Warner Bros. spent years trying to find the right filmmaker to reboot the franchise. Enter Christopher Nolan. Instead of replicating the source material, Nolan’s vision of the Caped Crusader was more grounded into reality, using a more psychological approach to the character, so that audiences would relate and empathize.

Bringing together talented actors like Christian Bale, Cilian Murphy, Morgan Freeman and Michael Caine, Nolan brought Batman back big time and gave us a movie that raised the bar for the superhero genre, as well as Hollywood cinema.

The Prestige epitomizes who Christopher Nolan is as a filmmaker. It also happens to be one of my all-time favourite movies. In all of Nolan’s films, there is a recurring theme. A disturbed character affected by loss, who sacrifices everything for their life’s work/calling. That idea is brought to the forefront in this movie.

Hugh Jackman and Christian Bale play two equally talented magicians who will go to any lengths to outdo each other. What follows is is set of unsettling and horrific outcomes of those actions, and finally Nolan pulling the rug right under us with a trick that was hiding in plain sight. It is a movie that gets better every time you see it, and is THE film that adheres to his entire philosophy as an auteur.

Nolan’s big break. Memento propelled Christopher Nolan to the forefront of Hollywood mainstream with its unprecedented success. It cemented Nolan as one of the best upcoming directors of that time. Studios were scrambling to get his signature after this indie masterpiece. The movie has glimpses of the classic Nolan elements seen in this other films, like non-linear plots and the use of time.

Guy Pearce’s lead character tries to solve his wife’s murder whilst dealing with a condition that prevents him from forming new memories. The way he forms the narrative in reverse order is genius. Hollywood had just found its next big player.

Inception is, undoubtedly, one of the most popular, talked-about movies in the 2010s. Possibly, a few years into the future, it may even be recognised as one of the defining films of that era due to the sheer audacity and distinct style of the movie. Hollywood hadn’t quite seen something like this before.

This Bond-like sci-fi thriller starring Leonardo DiCaprio is a pure treat to watch. In terms of pure entertainment, Inception is hard to beat, with the cinematography being so utterly gorgeous. The movie also brings out Nolan’s more romantic side, bringing traces of it into the movie, having layers and layers of dreams, telling us that there is always more to explore within us.

The Dark Knight not only changed the landscape of superhero movies, it is also possibly the greatest movie of the last 20 years. Christopher Nolan’s sequel to Batman Begins transcended genres. Corruption has reached its peak in Gotham City and the people have been pushed to the brink by one man: The Joker.

I don’t need to tell you about Heath Ledger’s performance here, but hell, I’ll do it again. Ledger gave us the best portrayal of the character till date, as well as one of the greatest cinematic performances of all time. Period. Apart from Ledger’s borderline psychotic performance, everything else about this movie was just about perfect, from action sequences to the progressive narrative. The Dark Knight is most certainly Christopher Nolan’s magnum opus.

There you are! That’s our ranking of all Christopher Nolan movies ordered from worst to best. Now fans are already anticipating his next project. It’s confirmed that Nolan has moved to Universal Studios to make a movie on the scientist Robert J. Oppenheimer. Oppenheimer was a theoretical physicist who was the Director of Manhattan Project. He is credited as the ‘father of the atom bomb’. It would be interesting to see Nolan’s return to drama – a biopic of sorts in this case. What’s your take on Nolan movies? Do you agree with our rankings? Let the debate begin in the comments section.