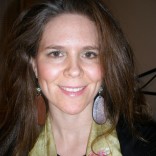 In this first 2022 edition of Legend Has It, we’ll spotlight a quintessential winter film, Doctor Zhivago, which opened in theaters this New Year’s week back in 1966, and won five Oscars for its immensely gorgeous rendering of an early 1900s Russia.

Call it the Russian Gone With the Wind, a romance story with a backdrop of civil war. Or call it a breathtakingly poetic epic love story of the winter wonderful variety. Whichever your pick, 1965’s Doctor Zhivago was one of the last great epic cinematic masterpieces ever made.

Released on New Year’s Eve 1965 (so as to qualify for the 1966 Oscars), this simultaneously snowy, shivery and steamy, warm flick lit up the theater marquees that 1966 winter and had all of its viewers humming the sweet love ode “Lara’s Theme.”

It’s based on Nobel Prize-winning Russian writer Boris Pasternak’s acclaimed 1957 novel, and it’s directed by Oscar-winner David Lean from The Bridge on the River Kwai (1957) and Lawrence of Arabia (1962).  You don’t get more illustriously epic than that!

A tale about the early 1900s Russian Revolution, Doctor Zhivago takes us on a magical white sleigh ride through Moscow, then vast eastern European and Siberian landscapes, then idealistic rebels with their rebellions, and lovers (beautiful lovers) caught up in the seemingly never-ending tumult of it all. The story spans years and miles, chronicling conflicting loyalties and harsh vendettas. What’s that lonesome, magically cold wind, and that undeniable atmosphere in the trees? Yes, it can only be dear, dear Doctor Zhivago.

1. It Wasn’t Filmed in Russia

Due to the Soviet Union’s banning of Boris Pasternak’s Doctor Zhivago book, filming in Russia was unquestionably a no-go. Instead, it was shot heavily in Spain, then Portugal, Finland, and Canada. Watching this film, and how masterfully director David Lean paints his Russian picture, it could be a huge disappointment to learn of the non-authentic film locales. But ironically, it’s a potent reminder of the chaotic political “climate” of both the movie’s early 1900s setting and the 1960s Cold War era in which this movie was filmed.

2. The Cast Was Awesomely International

Think a bevy of skilled British thespians, one glittery Egyptian superstar (Omar Sharif) and his son, then one fiery American (Rod Steiger), and one American-born though Swiss-raised “daughter of Hollywood giant Charlie Chaplin” (Geraldine Chaplin). Finally, sprinkle in a fine Irish supporting actress, Siobhan McKenna. But perhaps the biggest “potential” casting buzz of Doctor Zhivago was the possible casting of Italian goddess Sophia Loren as Lara (Julie Christie’s role). However, it was decided that Julie Christie was a better fit at playing a pure, virginal character.

Think Omar Sharif’s eyes. Wait, his eyes? Yes, they were taped back, his hair was straightened, and his hairline raised, so as to make him appear Russian. Then that whimsical ice palace that Doctor Zhivago and Lara retreat to after fleeing Yuriatin? Comprised with none other than wax and marble dust. The film does a stupendous job in creating that coveted “suspension of disbelief” for its viewers, so we understand and applaud the filmmakers for not only building this magnificent, shimmering ice palace, but completely instilling that believability factor with its viewers. We’re right there with Doctor Zhivago and Lara, gingerly walking through those grandly frozen, diamond-encrusted walls. Movie magic!

Doctor Zhivago is a movie that is often compared to a whimsical, magical poem. And what better way to compose cinematic verse than through quiet, spellbinding visuals? Focus particularly on the use of the color red (symbolizing sex but also sin) and yellow (symbolizing love). Yes, the cherished yellow daffodils and sunflowers rule this film. If you’re thinking these recurring symbols are just a figment of your imagination given their whispery nature, don’t worry. You’re not a crazy film buff. On the contrary, you’re right on track!

5. Onto Every Movie Set, A Little Rain (Or Snow) Shall Fall

This film had its share of nervous actors who had to “push through.” There was Julie Christie who was so nervous that she had to “stand” on Rod Steiger’s shoes throughout their first dance, their “waltz” turning out to be more of a “pleasant amount of random twirling.” Then Rod Steiger’s stunt double in the Yuriatin scene ironically had difficulty falling down the snowy stairs properly, and so Rod Steiger literally stepped in. Even Omar Sharif, Doctor Zhivago himself, admitted that he was so on edge throughout filming that he almost had a nervous breakdown.

Initial test audiences did not enjoy the film, finding it too long and simplistic. So, legend has it director David Lean smartly went back and did massive editing, expertly transforming Doctor Zhivago into the beloved, world-class epic masterpiece that it is today. A cinematic work of art? Doctor Zhivago leaves us wondrously, bittersweetly breathless.

20 Best Actresses Of All Time 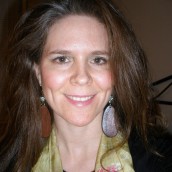