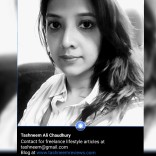 Currently showing on Netflix India, you can either love or hate this film. But you can’t ignore it. And it has been on my must-watch list, I think, just about forever. Though I can’t figure out why I never got around to watching it, before. Eyes Wide Shut was director Stanley Kubrick’s last film and possibly his swansong too. Hailed as one of the most influential filmmakers of all-time, with films like Lolita, Day of The Fight, Spartacus and Dr Strangelove among others, Kubrick, unfortunately, died a few months before the release of this Tom Cruise-Nicole Kidman starrer set in the New York of the 1990s.

It has been called controversial because it dared to challenge our notions of marriage, fidelity and moral boundaries; and timeless because it also showed us that no matter how much things change, they still remain the same, especially in the context of human relationships and those between a man and a woman, lovers, partners, husband and wife.

This film, that originated out of a book adapted into a screenplay talks about the most basic and yet most complex of relationships that is marriage. Of how marriages, initially, are all exciting but slowly, insidiously boredom creeps in and the bold ones start questioning if monogamy is normal. That’s when some marriages flounder.

The ones that stick to tradition do not question or deal upfront with  the boredom in marriages; they simply carry on with the occasional affair to spice things up, at least for some. For the rest of us common folk, marriages are also about paying our bills on time and raising our children and not trying to romanticise or idealise this union.

So Kubrick’s much talked about film of that era when it was released, is timeless in the sense that neither have marriages changed nor has the boredom, nor the repressed urges that are part and parcel of it.

Perhaps that’s tad too cynical a way of looking at it, but as they say, films mirror society and its truth. And Kubrick shows this excellently through the dialogue, the screenplay and the very honest performances.

Boredom is truth; attraction to somebody else is also a truth and the inability to break a marriage because of that attraction is also true because if you do that, you give in to lust, at least that’s what society says. Whereas even a marriage without lust for each other degenerates into platonic, sibling love. But that, of course, is an issue that is still kept under a burqa, all over the world and in every society.

Similarly in Eyes Wide Shut, Tom Cruise and Nicole Kidman are a bored married couple who have a daughter and would have spent their lives like any other bored married couples, doing the mundane for the rest of their lives, if Kidman didn’t think of shaking things up and telling her husband, in a marijuana-induced confession that she almost threw her marriage away and even left her child, if she could have had a fling with a man, she met, on a recent family holiday. It was that kind of crazy, lusty, getting weak in the knees feeling she had when she saw this man, who was a stranger, to her.

This is when all hell breaks loose. But in a very repressed, antiseptic kind of way, that Tom Cruise’s character as a genteel doctor of the early 90s is supposed to behave like. What’s more surprising is his wife’s confession that it was a fantasy, something that her mind dwelt deeply on. Maybe it was just a dream; maybe it wasn’t.

But our good, naive, doctor cannot get it out of his mind and whether it is to get even, or to get over the shock that women can actually have similar sexual desires as men; he embarks on a journey that almost feels unreal, dreamlike and fantasy too.

The innocent doctor loses his bearings all because he is so disturbed by his wife’s confession that he keeps visualising her with other men and cannot find peace. But in the end, he confesses all to his wife, who assures him that her encounter was only a dream, a fantasy and they should both be grateful for what they have and stick together, for kingdom come.

A film that started boldly enough by trying to explore marital boredom and fantasies for other people chooses a very conventional ending. Why? Because it mirrors reality. Most men or women who stray away from the lakshman rekha of the marriage union ultimately abandon that pursuit to seek and strengthen their marriage with their partner. All is well, then. Except nobody really explores how and why the attraction to other people comes about.

These are unanswered questions swept under the carpet. The kind that you will never have clear answers to, immersed in the complex web of interpersonal relationships that this film is all about. Kubrick’s Eyes Wide Shut is a brave attempt. A must watch. Don’t moralise it. This one is definitely only for non-judgmental adults!