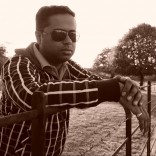 From Tom Cruise to Dwayne Johnson, these are the highest paid actors in 2022.

Mainstream Hollywood is a vast and influential production of popular films. It includes thousands of movies, with an output of several hundred a year, millions of die-hard fans, and significant global recognition. Some of these films at times provide insight into topics of political and social significance. However, one cannot deny that, more often, these films are not realistic representations of American society or expressions of conservative ideology. Hollywood, like any film industry, has made some spectacularly good films, some terrible ones, and many that lie somewhere in between. It’s often mocked for its over-the-top, unrealistic, and melodramatic formulaic tropes.

Most of these commercially successful films are a celebration of stardom. As a result, these actors enjoy significant attention globally. They also leave a legacy in every film, with viewers watching each movie for its plot and for spotting their favorite performers’ recognizably familiar characteristics. Very quickly, then, here is the list of the highest paid actors at the box office, according to Insider, from Tom Cruise to Joaquin Phoenix:

With the release of Top Gun: Maverick in theaters worldwide in 2022, Tom Cruise has once again proved he’s the undisputable king of Hollywood. It became the highest-grossing film of 2022 thanks to the charisma and talent Cruise brought to the role of Captain Pete “Maverick” Mitchell. It’s justified then that Cruise was paid a whopping $100 million for the film, earning him the status of the highest-paid actor.

His reputation as an action star has been solidified by roles in films like Top Gun (1986) and the Mission Impossible series (1996–2016). But very few people remember some of his serious roles as an actor with depth and substance in films like Rain Man (1988), Born on the Fourth of July (1989), and Magnolia (1999).

2022 was a significant year for Will Smith. He won three major awards — the Academy Award, BAFTA, and Golden Globe Award as Best Actor. His portrayal of Richard Williams in the biographical sports drama King Richard (2021) was a rare accomplishment. It’s proof of his ability to pull off any role with proficiency.

The second highest paid actor this year, he has multiple awards under his belt. For his upcoming show Emancipation on Apple TV+, Will Smith was paid a staggering $35 million.

DiCaprio’s journey as an actor, from a television commercial to blockbuster films, exemplifies how conviction and grit can pay off. From Arnold Grape in What’s Eating Gilbert Grape (1993) to Dr. Randall Mindy in Don’t Look Up (2021), he gets into the skin of any character with ease.

He won his first and long due Academy Award for Best Actor for The Revenant (2015). Leonardo DiCaprio teams up with Martin Scorsese in the upcoming film Killers of the Flower Moon. The actor has been paid $30 million.

Brad Pitt is one of few actors who has dabbled across genres with zeal and sensitivity. His production house, Plan B Entertainment, has produced films that won and were nominated various reputed awards. For playing a stuntman Cliff Booth in Tarantino’s Once Upon a Time in Hollywood (2019), he won the Academy Award for Best Supporting Actor.

Pitt will be collaborating with filmmaker Joseph Kosinski of Top Gun: Maverick fame for a film on formula one racing. The film is untitled at this moment. Brad Pitt been paid a whopping $30 million for the project.

Who could have imagined that a professional wrestler with the moniker ‘The Rock’ would become a famous star in Hollywood? Dwayne Johnson’s bold decision to act in films catapulted him to success and fame. He also has his name carved on the Hollywood Walk of Fame star. However, Dwayne Johnson is best known for his role in The Fast and the Furious franchise.

For playing the titular role in the film Black Adam (2020), Dwayne Johnson was paid $22.5 million. He’s also one of the producers of the film. His rigorous effort to promote the film on social media is also the reason for its global success, grossing a total of $166.8 million at the box office worldwide.

6. Will Ferrell and Ryan Reynolds

Will Ferrell has consistently opted for comedy roles in films since his debut as an uncredited cameo of a Newscaster in Criminal Hearts (1996). He’s among the few American comedy actors who’ve done good business at the box office since the mid-1990s. They are known as Frat Pack.

Ryan Reynolds, on the other hand, began his career working in teen comedies. His claim to fame is his titular role in the Deadpool Franchise. His performance in Deadpool (2016) earned him a Golden Globe Awards nomination.

Will Ferrell and Ryan Reynolds are paired together in the upcoming movie Spirited. The duo has been paid $20 million each.

Chris Hemsworth worked in television for a good length of his career to hone his skill as an actor. His first appearance was in the opening scenes of Star Trek (2009). He played the role of George Kirk in a special appearance. Hemsworth gained popularity in 2011 as he became a member of the MCU. Later in his career, he would receive unprecedented success by playing Thor.

2021 proved to be crucial for his career. For his performance as Tyler Rake in the Netflix action thriller Extraction, he was lauded by critics and viewers alike. Now for the film’s sequel, he’s been paid $20 million.

Mark Sinclair, popularly known as Vin Diesel, made his debut playing the character of Orderly in his first American drama, Awakenings (1990). However, his name didn’t appear in the credits. He also briefly appeared as a soldier in Spielberg’s Saving Private Ryan (1998). His humble beginnings would eventually lead him to become one of the most popular action movie stars globally.

An alumnus of Drama Centre London, Tom Hardy, made his debut as a soldier in Ridley Scott’s Black Hawk Down (2001). He’s worked with some of the most acclaimed filmmakers of world cinema, including Nicolas Winding Refn, Alejandro G. Iñárritu, and Christopher Nolan. His performances have earned him nominations at various reputed award functions.

His portrayal of a man caught in the turmoil of emotional upheaval in the psychological drama Locke (2013) won him critical acclaim. But he became globally popular for playing the role of both Eddie Brock and the titular role in the Marvel franchise Venom (2018) and its sequel Venom: Let There Be Carnage (2021), respectively. For the third instalment in the Venom 3 series, he’s been paid $20 million.

Like his contemporaries, Joaquin Phoenix too began his career in television. He made his debut as Frankie in the TV film Kids Don’t Tell (1985). His screen name was Leaf Phoenix then. However, it was his role as the dictator Commodus in Gladiator (2000) that made him a known face globally. Since then, he has had the chance to work with niche directors like PT Anderson, Lyne Ramsay, and Spike Jonze, among others.

In 2020, he won the Oscar for Best Actor for playing Arthur Fleck in Joker (2019). The film created history by becoming the first R-rated film to gross over $1 billion at the box office. For the sequel, Joker: Folie à Deux, Phoenix will be paid $20 million.

10 Most Powerful Film Franchises In Hollywood