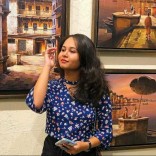 An avid reader and a life-long lover of blue skies,…

Cinematographer Linus Sandgren’s seminal work in La La Land (2016) won him several accolades including the BAFTA, Critics’ Choice Award as well as an Academy Award for Best Cinematography. Along with director Damien Chazelle, he created the perfect visual medium for La La Land. The film tells the story of aspiring jazz artist Sebastian (Ryan Gosling) and Mia, an actress (Emma Stone), who fall in love. It was critically commended for its rich vision of the golden years of Hollywood and its musical sequences.

Chazelle and Sandgren decided early on that the camera would not be a mere medium to document the story’s progression, but an instrument to actively shape its direction. As a musical, plenty of La La Land is communicated through fast-paced song and dance sequences. As most of these numbers were shot live, the camerawork had to function in a way that kept the vibrancy of the city of Los Angeles while imparting a dream-like quality to it.

Setting the tone through camerawork

Sangren decided to shoot on film instead of shooting digitally — this was to preserve the saturated colors in the shot, rather than adding them in post-production. The idea was to emulate the golden era of Hollywood; La La Land is a film about paying homage to ’50s era filmmaking. So, the aesthetic choices for every frame were reflective of the same. Sandgren shot with equipment that evoked the aspect ratio of CinemaScope (2.55:1). The effect was that of a slight distortion that caused frames to fill up the viewing screen. Nostalgia was not the only motive here, the narrative purpose they served was to completely immerse viewers into the world of the characters. The distortion around the edges serves as a subtle nod of the camera to the fantasy element of the musical.

Consider the opening scene: we begin on a standard Los Angeles highway, with car after car jammed on the road. The individual radio chatter in the background fades into the opening notes of Another Day of Sun as the camera focuses on a lady singing inside a car. As she steps out of her car and more voices join in, the camera opens up to allow them all in the frame. The camera simply moves in and out, focusing on whichever part of the scene is in tandem with the music. As we move through the song, the continuity of the scene begins to stand out.

This was an artistic choice. The audience knows that the setting is still a real city, with real roads and traffic. But for a brief moment, as the camera stretches across hundreds of people dancing in between cars, the road becomes the stage. The camera is in complete sync with the musicality of the film. This introduces viewers to key themes of the film — show business, theatricality and the belief that anything is possible.

The composition of each frame is in a way that we know right away who our protagonists are. Mia’s entry into the film may technically be in a brief second of road rage directed at Sebastian, but when we meet her properly, it’s at her first audition. The camera gradually pushes in on her face as the viewer is drawn into her act, acting as a spotlight to block out all else. After the spell has been broken, we see her framed in primary colors, so as to hint towards her idealistic view of her craft.

Similarly, the camera follows Sebastian from his first moment on the road, to his apartment. It is here that we can see the muted contrast of his apartment. The walls are white, and he himself is only ever dressed in browns and tans. This is to emphasize his purist devotion to jazz, and his disdain of all things fusion.

Their juxtaposition and the aesthetic composition in which they are first introduced does a great deal to build their character. Without spelling out a single detail of their lives, the camera has established them as narrative foils. Over and over, this technique is used to let the audience follow the story by simply establishing some basic techniques and using them to heighten the plot.

Coloring in between the lines

Sandgren makes frequent use of colors to let audiences know what is about to happen. He does not see color as merely an aesthetic component of filmmaking. Rather, he uses it to his advantage. I mentioned earlier how the saturation of the color imparts a dreaminess to the musical. Color also draws a distinction between the reality that the characters inhabit versus their mindscapes. I recommend this wonderful video essay by Sight Unsound.

Let’s take a look at the primary colors and their significance in this context.

The color is present when characters are at a deep, introspective moment. It signifies emotional turmoil — Mia is repeatedly bathed in red lighting as she sings her solo in Someone in The Crowd. She is also presented in a similar, darker lighting right before performing her one-woman show. This shows her dissatisfaction as the camera lays her inner life bare for the audience. Red is also the color of reality. It’s when the characters are confronting the messy truth of their life that the color takes centerstage.

But red is also the color of passion. It hints at their growing romance. For example, as Mia runs to her first date with Sebastian, she passes through sources of neon red lighting. As their first kiss is interrupted, they both are framed by the red of the theatre seats.

This color makes a prominent appearance in La La Land. Blue, of course, can denote calm and peace, but it also stands for inner sadness. When Mia appears in the blue dress, about to go to a party, she seems fine on the surface. As we follow her deeper and deeper, the blue reveals her inner uncertainty as well. Notably, as she walks home, she is framed in pale blue moonlight, hinting at her state of mind.

However, blue is also associated with creativity, Mia and Sebastian’s art and Hollywood opulence itself. Sebastian always dons a classy blue suit to play his music at events. Mia strips her blue windbreaker to reveal a coffee-stained white shirt underneath when her audition does not go well.

Narratively, blue and red shift to consolidate the themes of the film. They mirror the film’s movement between a dreamlike fantasy, and reality, respectively. When they blend to create purple, it is juxtaposing the idea of a union through visual medium, as well as the ultimate separation that Mia and Sebastian will go through. Most notably, the purple background of the sky as they dance to A Lovely Night adds to the dreamy quality of the whole sequence. When they return to the same location at the end, and the purple hue is missing, it lets audiences know that their time together has come to an end.

Yellow is a youthful color that appears in the film to hint towards a change. Mia is wearing a bright yellow dress when she meets Sebastian and they embark on a relationship together. It is the color of optimism. When Mia and Sebastian walk through the city on her break, he is dressed in his usual neutrals, but wears a yellow tie, as if hoping for a new start.

Sandgren uses cinematic techniques to create a unity of effect. In La La Land, he uses golden hour lighting to render Los Angeles at its very best. He has said that the key was “to pick the moments when the town is more magic than it normally is”. Lens flare is also used often in the film, but always in a naturalistic manner. It is in the form of the sun bouncing off glass windows or mirrors, or splashes of water creating a momentary refraction of light. All of this, he says, was used to lend to the romantic atmosphere. Instead of simply using techniques as ornaments, he uses them as crucial components in a controlled storytelling machinery.

The result? Pure cinematic fantasy. From the moment Mia steps out in a blue dress as her friends ooh and aah, every swish of the skirt, every whip pan of the camera means something. The nostalgia of the film is utilised to its full effect as every reference to vintage Hollywood is shot and framed in methods that are a tribute to the same. The intent is not to have the viewer dissect the details of it, but to completely immerse themselves in the experience. Due to his expressionistic use of classic techniques of cinematography, La La Land truly is Linus Sandgren’s love letter to the magic of films.

What Is Mise-en-scène? 7 Films That Are Perfect Illustrations 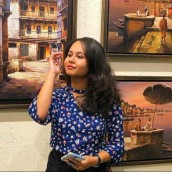 An avid reader and a life-long lover of blue skies, I like to spend my time with obscure poetry and dissecting films. Currently besotted with Maupassant, art history and all things Nolan, you can find me spacing out to Queen while I look for new things to obsess with.