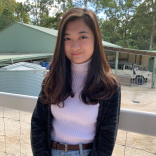 South Korean filmmaker Lee Chang-Dong’s Oasis turns twenty this year. I consider Oasis, one of Lee’s only six feature films, to be his magnum opus –– though the indie writer-director is no stranger to making films about characters on the periphery of society, the grace and sincerity with which he tells the difficult story of two developmentally challenged individuals make Oasis especially emotionally gripping and intellectually disquieting.

The film introduces us to Jong-Du, an ex-convict fresh out of prison, who exhibits symptoms of intellectual disability. The first order of business he sets out on after his release is to visit the family of the man he killed in a hit-and-run accident. No one is home but Gong-Ju, the cerebral palsy-stricken daughter of the deceased victim. Jong-Du takes an interest in her, awkwardly brings her flowers on his next visit, then attempts to rape her. (Note: they eventually fall in love.)

This is only one of the many axiomatically morally disturbing moments in the two-hour long film. The unwitting viewer is at first reeled into the righteous/unrighteous binary configuration of ableness, one that intimates that the abled person abides by a sort of universal code of ethical behavior, while the disabled individual is one who is wayward, opposed to the law and a general human propriety. As the film progresses, however, this binary is undermined for us. We learn that one can be physically and cognitively privileged, and still be ethically deficient. The ‘normal’ characters at the end do not seem so ‘normal’ after all.

Still, Oasis does not present an antagonist, or a villain. Lee simply presents the human in all their complexities: an individual is then neither normal nor abnormal, but just, in all their strengths and faults, is.

The cinematography in Oasis is as fascinating as its narrative exploration of (dis)ability. Cinematographer Choi Young-Taek opts for more organic and unstructured camerawork to frustrate viewers’ expectations. In the scene of Gong-Ju playfully bouncing light off a vanity mirror, the camera behaves as though it represents the viewpoint of another disabled character, for it watches her from an inclined angle, and when it moves, its motion is of a handheld, irregular nature.

The resistance to cinematographic symmetry and neatness facilitates our emotional connection to Gong-Ju, insofar as everything on screen –– character and environment –– appear equally ‘crooked’ to us. Had Choi employed conventional cinematic rules such as the rule-of-thirds, or used a jib to track her movements, we would be predisposed to perceive Gong-Ju, who cannot sit uprightly, as the anomalous element in the scene. Such a provocative cripping of perspective testifies to the film’s commitment to representing the disabled individual in a dignified manner.

Though the thematic concerns approached by the film are serious, Oasis is abundant with moments that effuse a delightful cheekiness. It becomes impossible not to grow fond of our protagonists by the end of the film. Indelibly etched in my head are images of Jong-Du ravishing a block of fresh tofu in the city center, and Gong-Ju effortfully applying lipstick to impress Jong-Du for their date. Moments like these foreground the characters’ humanity. They render the film less a didactic socio-commentary than a riveting character study of two individuals, occupying marginal spaces in their community, who grow to find comfort in each other’s company.

It is salient to reveal that the characters of Jong-Du and Gong-Ju are played by actors who are not developmentally challenged. We may and should question the ethics of casting abled persons to represent disabled individuals, but it is here I extol Lee’s brilliance of incorporating incredibly moving expressionist scenes that render the casting strategy discerning. In these scenes, we enter Gong-Ju’s fantasies of living like a ‘normal’ person –– in one sequence, she can stand on both feet and dance around Jong-Du, and in another, she fluently speaks and flirts with him.

9 German Films That Are Essential Viewing

By having her character move in and out of her cerebral palsy, the film delivers a sobering portrait of the insidious conceptions of ‘normality’ that society has constructed over the years. Not only are Sol Kyung-Gu, Jong-Du and Moon So-Ri, Gong-Ju’s performances nuanced and persuasive, but they also advance the film’s complex investigation of what it means to love as a (dis)abled person in our contemporary times.

Oasis is, at its heart, the love story of Jong-Du and Gong-Ju. How, you wonder, can it be a profound love story when it is borne out of the iniquitous act of a rape? Lee demonstrates that it can, and it is.

Or, one may ask, what do developmentally challenged individuals know about love? Lee asserts: more than you think they do. The film rallies our expectations of what it means to love, who is fit to love and be loved, then expertly destabilises them. 20 years later, Oasis still proves to be one of the most exquisite films South Korea has gifted the world, and the developmentally challenged community.

Where to watch: YouTube/Amazon Prime 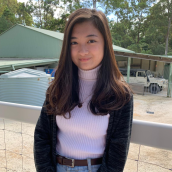 Tammie reads English Literature at Nanyang Technological University, Singapore. She has a bad habit of rewatching the same films too many times for her own good.