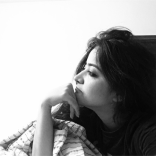 There is no one film that has inspired me. There are several. It keeps changing with time, the world I live in, and my own growth and emotional status. Since watching movies is an organic experience for me, what impacts my work happens at a subconscious level and often, I am not even aware of it. So these days, I am inspired or re-inspired after watching the digitally remastered uncut version of Sergio Leone masterpiece Once Upon a Time in America.

Even after watching it many times, this masterpiece keeps getting better and better as time keeps cooking it.

It gets delicious with every second that lapses.

Brilliantly crafted with a deeply moving plot and subplots, Once Upon a Time in America is a film school in itself. And a granddad who annihilates all the f***ing film theories. This Sergio Leone film destroys stupid commercial notions of formula-for-a-successful movie existing in the world!

Award-winning director and a popular face in the international film circuit, Pan Nalin started his career with the TV show Wagle ki Duniya that aired on Doordarshan from 1988-1990. His debut film Samsara was a massive critical and commercial success. It won over 30 awards internationally. Nalin’s subsequent films Ayurveda: Art of Being, Valley of Flowers (co-writer Anurag Kashyap) too developed cult following over the years. Early this year, he regaled us with a brave, little ‘female buddy film’ Angry Indian Goddesses. It was his first Indian release.