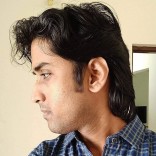 In the days preceding its release, a sweeping Western movie by the name of The Ballad of Buster Scruggs didn’t seem out of place in the Coen brothers’ filmography.

It had an oddball titular name reminiscent of Barton Fink or Llewyn Davis as well as the great American frontier as the setting, familiarized by True Grit and No Country for Old Men.

But what set The Ballad of Buster Scruggs apart was this was going to be the Coens’ first production shot digitally which is a paradigm shift since they’ve been huge proponents of celluloid film all along with their remarkable collaboration with ace cinematographer Roger Deakins.

Moreover, this one was going to be a six-story anthology with limited theatrical engagements and the primary avenue for exhibition being Netflix.

Recommended: Bohemian Rhapsody Review – As A Biopic, Flimsy; As A Film, Truly Enjoyable

The Ballad of Buster Scruggs delivers on all fronts. A lush charming film, it reinstates my faith in art and an industry that’s precariously teetering between the allure of a movie hall and the comfort of the drawing room. A timely triumph; wondrously shot Western which is not confined by the screen size of your Netflix device, one that captivates your imagination and extends like the horizons of the pristine west.

The tales are seamlessly strung as chapters of a book being thumbed through by an unidentified hand. A recurring leitmotif, so to say, among these tales are folk ballads, solitude, sorrow and death.

Without giving away too much about the plot, we have cowboys, impresarios, prospectors and bounty hunters who find themselves in certain perplexing circumstances that let the writers (Joel/Ethan Coen) examine the human spirit and how vagarious and absurd life can be.

The Ballad of Buster Scruggs is a gift that keeps giving; be it the literary lines or the Texan drawl, the quaint ways of the Old West or the Coens’ attention to detail and experimentation with the structure and the medium.

Do you think Netflix has a shot at the Oscars with this one? Let’s talk in the comments below.