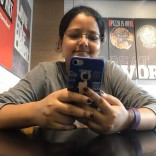 A self-confessed addict of overanalyzing all things onscreen. Prone to…

Aptly titled, South Korean blockbuster television series ‘Descendants of the Sun’ is a sincere, nuanced and genuinely moving story, set against the sweeping backdrop of the armed forces.

The acclaimed wartime drama is a stunning blend of everyday authenticity and underplayed grandeur. With its refreshingly engaging script, stellar acting performances particularly by the lead pair, and on-point direction, ‘Descendants of the Sun’ is a class act.

The story chronicles love between soldier Yoo Si-Jin (Song Joong-Ki) and doctor Kang Mo-Yeon (Song Hye-Kyo). Yoo Si-Jin is the Captain of the Alpha Team – an elite Special Forces Unit of soldiers in South Korea. The team is deployed for hostage rescue and counter terrorism operations in the country and abroad.

Yoo Si-Jin is enjoying leave with his friend and second-in-command, Master Sergeant Seo Dae-young (Jin Goo). A string of events result in Yoo Si-Jin meeting Kang Mo-Yeon at the hospital where she works.

Romance in Times of War

There is an instant attraction between the two. They set up a date the next day. But Yoo Si-Jin is urgently recalled with his team for a crucial hostage rescue mission. He leaves, promising to see Kang Mo-Yeon in a week. However, the next date too ends up the same way.

While he is away, Kang Mo-Yeon is reeling with professional disappointments. Despite working hard, she’s been overlooked for promotion for the third time; the position going to an incompetent but better-connected colleague.

In such a state, she’s unsure she can handle her relationship with Yoo Si-Jin. She believes their professional lives are diametrically different — he takes lives and she preserves them. She is unable to believe they could reconcile their seemingly different principles. And so they part ways.

Eight months pass. Kang Mo-Yeon has now become the face of the hospital appearing on a medical television show. While seemingly content she still thinks about Yoo Si-Jin from time to time.

Meanwhile, a professional vendetta results in Kang Mo-Yeon being sent to the conflict-ridden country of Uruk, with a medical team. Unknown to her, Yoo Si-Jin is also attached with the South Korean peacekeeping force stationed at Uruk.

Once together, the old spark reignites, drawing them closer.

While not denying her attraction towards Yoo Si-Jin, Kang Mo-Yeon remains uncertain and anguished over being with a man who always puts his life on the line.

But as they fight side by side through an earthquake, a virus outbreak and other difficult situations, they develop a deeper understanding and intimacy. Kang Mo-Yeon realizes Yoo Si-Jin is a good man — a man of honour. Despite her insecurities and fears for his safety, she decides to be with him.

But their joy is brief. Once back in South Korea, Yoo Si-Jin gets seriously injured in an operation, reviving Kang Mo-Yeon’s apprehensions. On one such mission, as Kang Mo-Yeon awaits his return, devastating news about Yoo Si-Jin reaches her instead, driving her to breaking point.

Things take a turn for the better eventually and the story ends on a happy and hopeful note. The last episode especially is relatively light-hearted and uneventful, compared to the rest of the story. This actually works well as it offsets the tensions and agonies the characters experienced earlier, and makes way for many delightful moments.

The show lingers with you, long after you are done watching it. ‘Descendants of the Sun’ is a melodrama par excellence which above everything else is exceptionally entertaining.

It has a rich tapestry that weaves genres of action-adventure and medical drama, and themes of redemption, self-belief and human kindness with the romantic storyline.

Song Joong-Ki and Song Hye-Kyo‘s performances are flawless. The show was the first of Joong-Ki’s projects after his discharge from military service, which is compulsory in South Korea. With that experience and his characteristic commitment, he portrays the charismatic, sincere and gentlemanly Captain Yoo Si-Jin with conviction. Despite his boyish charms he assumes the role of the commander of an elite team of soldiers with confidence. His assertions of a soldier’s duty are made in a simple, straightforward manner. This gives more weightage to the words than any agitated rhetoric. He slips in and out of the persona of a fearless army officer and the everyday charming guy with ease.

Song Hye-Kyo’s portrayal of doctor Kang Mo-Yeon is as remarkable. She proves her range as an actor as she evokes helplessness for her resistance and sympathy for her dilemma. Her hesitant strides towards becoming the kind of doctor she did not dream of, and embracing the fate of being with Yoo Si-Jin, are very relatable.

Her depiction of Kang Mo-Yeon’s trauma and desperation when she fears Yoo Si-Jin might not come back, is one of the most heart breaking moments of the show.

The show established the popularity of the lead pair worldwide. They also went on to win the Grand Prize at the KBS Drama Awards, the highest award for actors in Korean television industry.

One cannot speak any less of the supporting cast. Jin Goo as Sergeant Seo Dae-Young and Kim Ji-Won, as Yoon Myung-Ju, his romantic partner, couldn’t be more different from the lead pair. This secondary romance adds another dimension to the story. Yoon Myung-Ju is a commissioned officer and Seo Dae-Young is her subordinate. To add to the complexity, Yoon Myung-Ju‘s father is a three star general and cannot come to terms with his daughter dating a non-commissioned officer.

The conflicted emotions of the situation are depicted well by Jin Goo who also shines as the grave, loyal and trustworthy second in command to the warm and jovial Yoo Si-Jin. Kim Ji-won is strong and relentless and confidently handles the different shades of her character.

The supporting actors who portray the medical team of doctors and other soldiers also play their part well, and add a colourful splatter of emotions to the story.

Kim Eun-sook and Kim won-seok’s tight screenplay lays a great foundation. They infuse the resonance of everyday life in a highly charged melodrama, lending the script a rare authenticity. Kim Eun-sook is a highly popular writer in Korean dramas and has given hits such as ‘Lovers in Paris’. With ‘Descendants of the Sun,’ she brings to life yet another set of relatable, admirable characters.

The love story sparkles with wit and chemistry. The dialogues make an impact and the romantic scenes are extremely well written. The characters of both Yoo Si-Jin and Kang Mo-Yeon are multi-dimensional. Their non-romantic side is explored equally well. The conflicts Yoo Si-Jin faces as a soldier, who discharges his duty faithfully, are well depicted. There is a sub-plot of a comrade-turned-enemy, and Yoo Si-Jin’s turmoil and vulnerability in the situation is heart-rending.

What makes this show much more than a love story, are similar high-quality sub-plots. The medical scenarios and the armed forces operations are written with painstaking detail and from a point of knowledge. The narrative of young doctors who rediscover self-belief after being near-broken is almost coming-of-age.

The choices and difficulties both the soldiers and the medical team face while rescuing earthquake patients and treating patients from the virus breakout provide many shining moments of humanity, courage and bravery.

Romantic moments and action sequences, delight and trauma all are woven together in a beautiful mesh. Witty banter is interspersed throughout the show. It provides great comic relief as well as romantic threads to connect the dots.

Lee Eung-bok and Baek Sang-hoon’s direction is brilliant. Each episode ends with a cliffhanger, leaving you wanting for more. Close-ups, slow motions and pauses are used effectively. Action sequences are detailed. The romance is both understated and intense, intriguing and engaging.

The review wouldn’t be quite complete without mentioning its lovely soundtrack. The romantic ballad Always by Yoon Mi-rae comes at key moments between the protagonists and adds to their overall effect. The song has been sung by Song Joong-Ki at most of his fan meetings since the show was first broadcast and remains popular till date.

On the opposite end of the spectrum is the song Talk Love, by K Will. Happy and upbeat, it enhances the charm of the onscreen romance and is a definite mood lifter. It’s been years since the series was first broadcast, but the song still resonates.

‘Descendants of the Sun’ is blockbuster entertainment. It is a perfect example of how a melodrama when done well can make an excellent connect with the viewers without appearing to be over-the-top. It is both grand and subtle, larger-than-life yet grounded. The script is the strong point of the show and is brought to life with brilliant acting performances and direction. A vintage romance and a very relatable story, ‘Descendants of the Sun’ is a must watch. [Related: 26 Best TV Shows On Netflix India Right Now]

Where to Watch: Netflix, Zee5 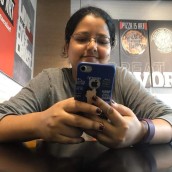 A self-confessed addict of overanalyzing all things onscreen. Prone to tangential thinking. An avid reader she especially loves Dickens, LOTR, and her Kindle. She is currently working on her second romance novel.