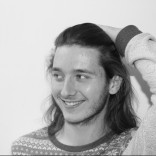 Growing up in the west of Ireland, I am passionate…

Jordan Peele earned his status as one of Hollywood’s most important new filmmakers when he arrived on the directorial scene with Get Out (2017), a psychological horror film with themes of internalised racism and the lingering effects of slavery. He followed it up with Us (2019), another introspective horror that served as a social critique of classism and “Othering” in America. Now, three years later, Peele has returned with Nope (2022), a science-fiction horror film that doubles as a historical allegory for the exploited. It appears as though Peele is incapable of simply making a great film: he must also weave insightful and critical commentary into the fabric of the story. However, it’s worthwhile to analyse how this commentary is communicated to the audience, because it is very rarely revealed verbally.

Peele manages to make his films so multi-layered. He effectively utilises visual storytelling without uttering a word of subtext. So how do Peele and his cinematographer Hoyte Van Hoytema, visually communicate the themes that are explored so deftly in Nope? Let’s dive right in.

From past directorial efforts, it is clear that Peele is deeply interested and well-versed in critical race theory. He continues to explore these ideas in Nope, using several visual motifs and symbols throughout the film. Firstly, it is worthwhile considering the quote that the film opens with: “I will cast abominable filth upon you, make you vile and make you a spectacle.”

There are several ways of interpreting this statement: with film sets, cameras, show horses, and a thinly-veiled reference to King Kong, it is clear that Peele is involved in the issue of spectacle. In the dramatic opening to the film, we are shown the horrible consequences of when a sit-com centering on Gordy, a chimpanzee, is filmed in front of a live studio audience: the exploited animal suddenly, and violently, revolts.

However, before Gordy the chimpanzee is mercilessly shot dead, he extends a hand to Jupe, a child actor who cowers underneath a table. At this moment, Gordy is no longer violent; instead, he is reaching out to someone who has been similarly taken advantage of. Countless child stars have criticised the abominable conditions they were forced to work under for the sake of showbiz and this caress could be read as an embrace of the exploited. But we are shown this embrace from Jupe’s point-of-view and as Gordy extends his hand towards the camera, the audience fears what his touch might bring. As Gordy reaches out, I, the viewer, pull back.

Through the cinematography, Peele is demonstrating how the exploited are instead depicted as the aggressive. He asks us several questions: how do we see the oppressed in relation to ourselves? In fact, how do we see at all? Peele explores this in various ways throughout the film.

What Do You See?

The emphasis is on ‘how’ we look, not ‘what’ we are looking at

Throughout Nope, there are several instances where a character’s sense of sight is emphasised, particularly on what they are looking at. What is especially important here (and is often the case with apparent UFO sightings) is the lighting. In several scenes, the object of our fear is hidden almost completely. It is clear that Peele has taken a page out of Steven Spielberg’s book in terms of how to hide your movie monster for as long as possible, with the nighttime attack on the house being especially reminiscent of Close Encounters of the Third Kind (1977). Peele keeps the dark tones present, which adds to our fear immeasurably.

However, while obscuring the true form of your monster is a key formal technique to induce apprehension in your audience, it can also be read as Peele’s attempt to satirise the way in which we look (and fear) things in our environment. In Us (2019), Peele delves into themes of Othering, and he does the same again in this film. As Otis is making sure the horses are settled, he sees an alien in the stable. Then he sees a second. But in reality, they are simply some kids wearing costumes. Relying purely on half-baked notions about a foreign invader, Otis did not need to see much before making a judgement call – and neither did we.

The lighting in this scene diverts our attention as well as we truly think we are being introduced to the story’s central antagonist. This can be seen as another one of Peele’s socio-political allegories: as legal systems and policies steer our prejudices towards people of different class or colour, the real villain hovers right over our heads.

Early on in the story, it is clear that Otis suffers from some kind of social anxiety. He looks nervous and finds it difficult to maintain eye contact. This is communicated predominantly through the cinematography (though, Daniel Kaluuya’s brilliant performance certainly helps). The composition of the first few scenes feature deep staging, with the camera racking focus between what Otis sees in the distance to who is speaking with him, rather closely. Characters stare directly into the camera and we experience the same sense of unease Otis clearly feels; as the camera continues to shift between what is located in the background and foreground, we feel Otis’ claustrophobia mounting. He, like everyone who is made a spectacle of, is being watched.

However, it is not just Otis who is watched. It occurs several times in the film and this claustrophobia is experienced usually through a character’s perspective: Gordy coming right up to the camera and Lucky’s eye watching nervously as people begin to encroach upon his personal space. Through this close, tight framing, we are given a means of understanding how the exploited are observed, whether they are animals or the people that manage them. Through this claustrophobic composition, Peele communicates how it feels to be gazed upon by the elite.

What Does Cinematography Do In An Animated Film: A Study Of Pixar Movies

When read in these terms, it suggests that Peele is drawing attention to the many instances of the othering gaze being inflicted upon those in lower classes. With chained animals being analysed with such scrutiny, various analogies to the slave trade are peppered into this film. This theme of abduction and subjugation is present throughout the entire film.

Peele pays homage to King Kong (1933) when Jupe (an adult now) sacrifices a horse in order to appease his white audience. King Kong, the story of the animal who was abducted and taken to America in chains, has often been interpreted as an analogy for the American slave trade in Africa. Gordy, the oppressed chimp in Nope, suffers the same fate as King Kong.

For this reason, it is clear that Peele draws a comparison between alien abduction and slavery. In one scene in particular, Peele communicates this metaphor in grim fashion. As several people are swallowed up by the extra-terrestrial predator, they are processed through its stomach. We are shown the fate of those captured — each person is the only subject in the frame — as though they are each trapped in their own personal hell. This is emphasised by the use of threatening orange colours inside the alien’s stomach; the warm, ominous glow illuminates the screaming faces and delivers a spine-tingling effect. As well as this, the lighting is muted and conveys the experience of being swallowed whole as each person is being squished through the digestive system.

When first watching this scene, the cramped and claustrophobic quality of Peele’s framing cemented the connection to the cramming of Africans into ships bound for the horrors that awaited them in America. Before it is clarified that “Jean Jacket” is actually an extra-terrestrial hunter and not a machine, it would appear as though Peele was creating a link between the spaceship and the slave ship.

Through insightful and symbolic cinematography, Jordan Peele manages to convey a multitude of ideas surrounding exploitation, spectacle, and critical race theory. Using ominous colors, claustrophobic framing, deep staging, or low light, Peele slips a number of critiques of society and politics into his film. The most impressive thing of all is that he manages to transmit these ideas visually: there’s no mention of race throughout the entire film, yet there are layers to Peele’s storytelling if you start to pull at threads. It could be that he does not verbally articulate these themes because they would make his films less enjoyable and, well, he could be right. As soon as Otis reminds his sister and their new friend of the predatory alien that is hunting them, they both give him a glare: “Nobody wanna talk about that.”

How To Become A Cinematographer: The Ultimate Guide 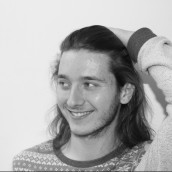 Growing up in the west of Ireland, I am passionate about films, writing, reading, reviewing, photography, and scriptwriting. I co-host a podcast called ‘The Monochrome Picture Show’ where we talk about classic and contemporary films.