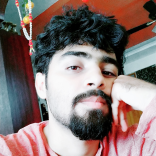 Named after a popular dish from coastal Karnataka, Neer Dose is a mature take on human relationships, expressed mainly through humor.

Neer Dose is about four people of different age groups and backgrounds, and how their journeys bring them together as friends for life and the role the dish plays in all of it.

Debutant filmmaker Satyaprakash made this road film on a very low budget.

It started on a dull note but picked pace after filmmakers like Rakshit Shetty batted for it on social media.

It went on to win at the box-office eventually, impressing audience and critics alike. The film revolves around a prison-escaped convict.

And how the events in the lives of the characters he meets on the escape route, bring about a realization of sorts in him.

The film’s music album added to the ‘wow factor’ of the film with plenty of freshness and creativity.

And the credit for this should go to debutant music director Vasuki Vaibhav.

Noted actor Prakash Raj helmed and produced this Kannada-Telugu bilingual, which starred him alongside Priyamani.

It also featured the legendary Ilayaraja taking his famed role as music director.

Idolle Ramayana is set in the backdrop of the Rama Navami festival.

It trails a respected businessman worried about his reputation, when he finds himself locked in a shop with a prostitute.

Brilliant acting from the entire cast and its sheer offbeat quotient won the film critical acclaim.

The dark drama revolves around the lives of four youngsters — a dancer, a writer, a drug peddler and a psychopath and the series of events that threads them together in the end.

An end which is left pretty open for the audience gasping for breath already, to think over and interpret themselves.

This film was also helmed by a debutant director (Aravind Sastry). But it couldn’t, unfortunately, sustain at the box office like other unconventional films of 2016, despite winning critical acclaim.

All is well that ends well. And Kirik Party reiterated the proverbial fact, finishing 2016 on a high note.

The blockbuster college film is set to break all box-office records for Kannada cinema.

The musical comedy revolves around a happy-go-lucky Karna and his engineering college days in a small town of Karnataka.

With engineering being the most preferred choice for higher education, the film is not just being watched but celebrated by youngsters all across.

It can be dubbed as Sandalwood’s answer/sequel to an equally outstanding Malayalam film of the same genre, Premam.

Recommended: 8 Malayalam Films Worth Watching In 2016

Music director Ajaneesh Loknath deserves a special mention for creating such wonderful numbers, all of which have become so popular.

When I watched the film on the first day in a small hill-station town of Karnataka, the audience thronging the packed theatre had the lyrics of almost all songs memorized, and sang along like a huge organized choir.

Kirik Party is still running to packed houses across Karnataka and will soon see a pan India and overseas release. If and when it comes to your city, don’t forget to miss this entertainer and relive your memorable college days.